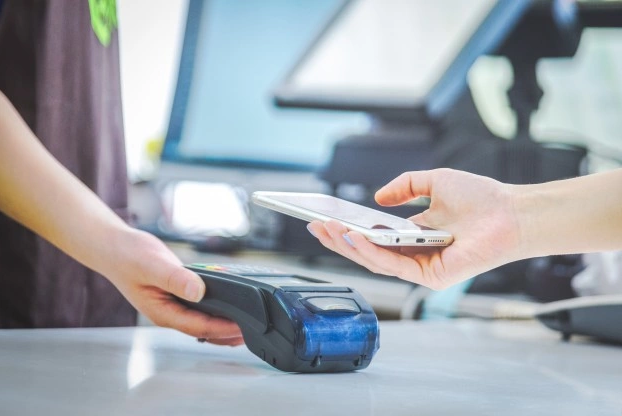 Sports & Outdoor
Mobile wallets are in widespread use these days, as more people opt for contactless payment options rather than carrying around a load of plastic or wads of cash. So it's easy to pull out your phone when you're in the checkout line and tap to pay your bill. But which app should you use? Apple Pay, Google Pay, and Samsung Pay are popular options compatible with many merchant card readers, credit cards, and banks. While all these platforms serve virtually the same function, each is slightly different, with its strengths and weaknesses. Despite slow adoption, the best point-of-sale (POS) systems support these mobile payment platforms as more merchants allow for NFC-enabled payments. So how do Apple Pay, Samsung Pay, and Google Pay compare, and which one is best to use now? We'll take a look at the three top mobile wallets, how they work, availability, security, and so on.

If you like online shopping, don't forget to sign up at Extrabux！(What is Extrabux), then you can enjoy up to 30% cashback on your order from Extrabux! Sign-Up Bonus: Free to join it & get $20 welcome bonus!

What is Apple Pay?

Apple Pay debuted in 2014 as a proprietary mobile payment system for iOS. It can be used to make in-store purchases, buy apps and make transactions on the web. You can also send and receive money from family and friends.

Apple Pay is ideal for Apple users with iPhones, iPads, and Apple Watches. In addition to an Apple device, all Apple Pay requires is the latest version of iOS, watchOS, or macOS; Apple's Wallet app; and an Apple ID signed in to iCloud. With the app, you can link credit, debit, prepaid and select loyalty cards (but not gift cards, which the other two apps do offer!).

Log in with your face ID or fingerprint and access a whole host of features, including Apple Cash which allows you to pay friends and family straight from your iMessages, the ability to track your spending, and the option to ask Siri to make payments for you. 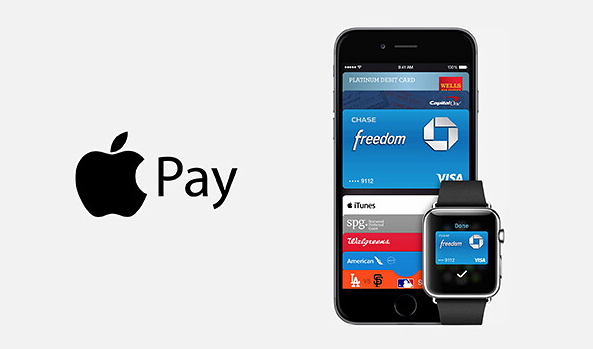 How to Use Apple Pay

Apple Pay can be used only on Apple devices. Here's how to get started:

When you're checking out at a store that accepts Apple Pay (you can tell by the logo on the merchant’s point-of-sale system), log in to your iPhone using your passcode, Touch ID or Face ID. Then, just hold the phone close to the payment terminal to validate the purchase. No swiping required.

How to Send Money with Apple Pay

Apple Pay isn't just for paying at the store; you can also use it to send and receive money by using the Apple Cash option. To set up Apple Cash, users can go to their Apple device settings and turn on Apple Cash in the wallet.

Apple Cash has the following payment limits when sending or receiving money:

You can use Apple Pay on iPhone model 6 and up, iPad models and all Apple Watch models. It can also be used on Mac models with Touch ID or models introduced in 2012 or later with an Apple Pay-enabled iPhone or Apple Watch.

When you make a purchase with Apple Pay, your receipts are kept in your Wallet app, but the transaction information isn't stored elsewhere. Every transaction you make on your iPhone, iPad or Mac requires authentication with Face ID, Touch ID or your passcode. Your Apple Watch is protected by its unique passcode. If your Apple device is lost or stolen, you can suspend or permanently remove the ability to pay from that device.

Apple users, specifically iPhone and Apple Watch users, will benefit most from Apple Pay. If you’re thinking about using a mobile payment app, and you want an app that is built to integrate with the technology you use, Apple Pay is worth a try.

Versatility is where Apple Pay really shines. The app supports online purchases through the Safari browser. It can also be used on Macs equipped with Touch ID.

What is Samsung Pay?

Samsung Pay users can add up to 10 credit and debit payment cards to the digital wallet to make contactless payments in-store. You can also add membership or loyalty cards and gift cards to your account.

Note that to use the service on a non-Samsung phone smartwatch, you’ll need to update to Android 6.0 or higher.

Samsung Pay has a similar security set up to Apple Pay in that it uses a token system for transactions and requires an iris scan, fingerprint ID or PIN to complete a purchase. 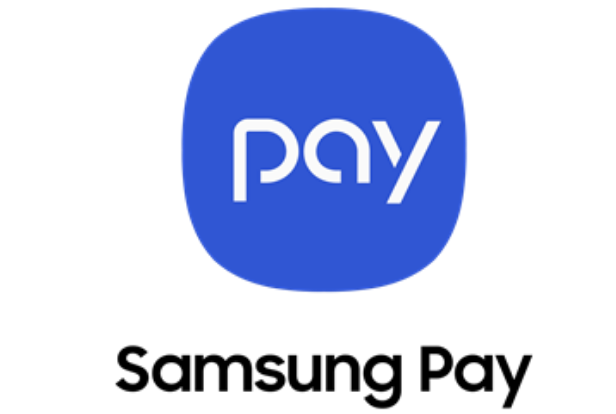 How to Use Samsung Pay

You can use Samsung pay in Samsung-owned apps, but you cannot use the mobile wallet to make direct purchases online or in other apps. Here's how to get set up with Samsung Pay on your compatible phone or watch:

To use Samsung Pay for in-store purchases, swipe up on your phone from the home screen to select the card you want to use, then authenticate your identity with a fingerprint scan or password before putting your phone next to the card reader to complete the transaction.

How to Send Money with Samsung Pay

Samsung Pay Cash has the following payment limits when sending or receiving money:

As far as available devices go, Samsung Pay is much more limited than Google Pay and Apple Pay. Samsung Pay can currently be used with all Galaxy devices and wearables, including the Gear S2 Sport, Gear S2 Classic, Gear S3 Classic, Gear Sport and Galaxy Watch.

Samsung Pay is accepted in stores, in apps and online, and it works with most card readers. It uses both NFC and magnetic secure transmission (MST) technology. MST technology emits a magnetic signal that acts like the magnetic stripe you find on most credit cards. This allows you to use this electronic wallet at more terminals than some similar applications allow, but it will not work at gas station pumps or ATMs where you physically stick your card into a reader.

Numerous security measures are in place for Samsung Pay. You must verify every purchase with your fingerprint, iris scan or PIN. Additionally, your credit card number is never used for transactions; instead, a random set of numbers is transmitted. There is no fee for using Samsung Pay.

Samsung users, specifically those with a Galaxy product or Samsung wearables, will benefit most from Samsung Pay. But it’s also a good choice for those who want the convenience of being able to pay at nearly any store.

Accepting both NFC and magnetic strip pay, Samsung is a clear winner in the availability category. It works at pretty much any payment terminal.

Open the Galaxy Wearable app on the connected phone, and select your desired watch. From the Home tab, tap Samsung Pay in the middle of the screen; a plug-in for the watch will begin downloading.

What is Google Pay?

In January 2018, Google announced a rebrand of its consumer payment products and merged Android Pay and Google Wallet into a single unified service known as Google Pay or, informally, GPay. Google Pay also incorporates Google Chrome's autofill feature. Google Pay got another redesign in 2020 that aimed to streamline its interface and make the service easier to use.

Google Pay has mobile apps for iOS and Android (functionality is limited on iOS), allowing consumers to pay in-store and online, as well as earn rewards and send payments directly to friends' bank accounts. With Google Pay, you can store credit and debit cards along with event tickets, gift cards, coupons, loyalty cards and more.

How to Use Google Pay

1. Users can also opt in to receive Google Pay rewards in addition to rewards you might earn from your credit card. You can enroll in the rewards program by going to the app’s settings and enabling to “earn rewards on qualifying actions” under the "offers & rewards" tab.

2. Some Google Pay-capable phones do have fingerprint-scanning technology that can be used to unlock the phone, but you can also use a PIN, password, iris scan, face recognition or pattern, depending on the lock-screen security options on your device.

How to Send Money with Google Pay

Google Pay customers can also send and receive money with a bank account, debit card or Google Pay balance. Inside the app, you can search contacts by name, email, phone or QR code. Once found, you can tap the contact, enter the amount you want to pay them and then choose to enter a note describing what the payment is for.

Google Pay has the following payment limits when sending or receiving money:

Google Pay can be used with any device that’s running Android Lollipop (5.0) or higher.

Like Apple Pay and Samsung Pay, Google Pay uses a token system for security. When you pay in the store, Google Pay doesn’t share your actual card info. It instead uses a unique encrypted number. If you lose your phone, you can remotely find, lock or erase your information.

Users of any Android device will find Google Pay the most useful. Android users who want the ability to pay with their device and send money to friends and family may want to consider Google Pay.

Google Pay truly stands out in the peer-to-peer payment category. It allows you to send money to any number or email address on iOS or Android. Apple Pay Cash only works with Apple iOS devices. And Samsung doesn’t offer the ability to pay friends.

Ultimately, choosing one of these payment systems is tied to your ecosystem and availability in your location. For Apple users, your only choice in the real world is Apple Pay, while Android users must use Google Pay. Samsung owners can choose between Samsung Pay or Google Pay -- you can have both on your phone, but you will need to set one as the default and change that setting if you want to use the other.

For sheer compatibility across the widest range of terminals, Samsung Pay wins because of MST technology. But paying in supported apps and websites is most seamless with Apple Pay, and Google Pay offers the most flexible way to pay friends, regardless of what phone they use.

Overall, if it’s compatible with your current phone, we’d recommend Google Pay for the flexibility that it offers and the ease of use that the app provides.